I had the fortune of attending not one but two SciFi/fantasy Conventions consecutively at the beginning of June. The first was ConCarolinas, going into its 7th year, followed by HeroesCon, a staple of the Charlotte area for 20 years. After so much at such a it takes assume time to reflect on what feels like the longest party I’ve been to since that one back in…8th grade?

While I enjoyed Charlotte Mini-con, a sub of Charlotte Comicon, I must admit that in hindsight I was a bit let down by it being only a vendor’s show room and nothing more. After you’ve walked thought all the tables there’s nothing else to do but go home. When I was invited to attend the ConCarolinas however, I was a bit apprehensive, but at least I wouldn’t have to attend alone this time. With only the Charlotte mini con as my last experience, I didn’t expect too much, only planning to look around for an hour before leaving. To my surprise, though, I unearthed a lot of social gems that never seems to get recognition. While Charlotte Mini-con was a vendor show-room and nothing more, ConCarolinas showcased scheduled panels that stood out as familiar to a person in my profession: “Writer’s workshops”. The panels provide you a change to engage in conversation with those whom would otherwise stand silently.

Reality versus Myth (no pun intended)

Too often the mainstream media like to focus primarily on the Q & A sessions consisting of celebrities answering trivial questions from unwashed and costumed basement dwellers.  While those stereotypes are justified, depending on the social circle near you, the reality is that most of the attendants span an age range from 2 to 70 , aside from the costumes, is that many of the are (gasp) articulate, worldly and many more have arrived with their spouses and children in tow.
There were celebrities, of course.

So before I get that far in this story, let me scale back to what made this con so special to me…..

Covering most of the Hilton University’s lower level, the con represented a crosshatch of different fan tracks peacefully mingling such as ghost hunting, gaming, and steampunk.

No one feuded or fought.  Everyone respected one another’s interest. We were all nerds, so there was no “pot and kettle-ing” allowed here, and I loved it.

Except Bronies. Everyone made fun of Bronies… and Twilight fans.

I knew the creative worlds have always found ways to combine their interests and skills, but I never knew about the combination of fandom and music called “Filk”. The video below shows a few people who’ve made names for themselves by embracing this subgenre:

While a lot of panels featured celebrities and creators, as expected there were a few that allowed for more than simple entertainment. For example, one panel titled international  “Why Aren’t We in Space?”, where panelists discussed China’s plans to send a man to mars, bringing up the many political and social factors that pushed man to visit the moon and what would current motivate us again. Another panel titled “Rise of the internet tough guy” invited attendees to discuss internet cruelty and answer the question of whether people are truly anonymous online.  One young lady even shared her own forum experience witnessing an online discussion where someone retaliated to a disagreement by calling the “offender’s” boss, resulting in that person’s termination. It was not just another sad reminder of the debilitating state of tolerance among people, but our continuing taboo status in society. Other panels featured discussions and workshops with writers, zinesters, musicians and illustrators sharing the latest info to those looking to enter their respective fields.

One of the ballrooms hosted a X-box gaming station where you could log online for a game of Black Ops. I had not played a console since the Nintendo 64, and felt the need to at least try to catch up and this was my opportunity. It was not easy maneuvering a controller with 9 buttons when you’re used to 6, but Luckily I had teenage gaming partners who didn’t mind an adult noob who’s avatar kept running in circles and made a easy target. Even Mario had to go through several game overs before he reached world 8, right?

If your gaming didn’t involve a joystick, the SCARAB gaming convention and the local Charlotte Geeks hosted two board gaming rooms. One had the usual RPG gaming tables but I was more of a “Cards against Humanity” kind of person.

The Charlotte geeks‘s game room featured a “traffic light” game — a concept similar to speed dating where you get a few minutes to speak with someone before everyone switches tables. Most of us were not looking for a boyfriend/girlfriend (I think a few were married) and were just using the pop to but it was fun just getting to know new people that share your interests without having to go to a bar.
With so many activities, my original plan for a couple-hour stay stretched all the way into the rest of Friday night.

If a panel or workshop was not in session, it didn’t mean that something wasn’t going on.  Attendees could catch other events just outside the hotel, such as dalek rides through the hotel corridors!

The Pineapple-shaped Lamps, a improv group out of Wilmington, NC held their own improv show the first night, channeling the “Whose line” cast and did a damn good job of it. The following Saturday night, two of their members entertained the guests with a fire-dancing routine.

I eventually decided to sacrifice one more night of sleep to see them one last time in a Rocky Horror Shadow cast!

By Sunday, the air was ripe with feelings of hangover and tables were gradually being disassembled.  I technically wasn’t out of town (the hotel was a 15 minute drive) but I felt like I didn’t want to go home. But alas, like everyone else, I had a job and other priorities to return to for Monday. That week became busier that ever once I had to squeeze in extra chores as I prepared for HeroesCon! 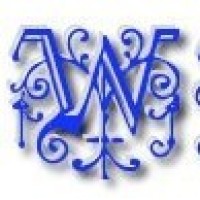 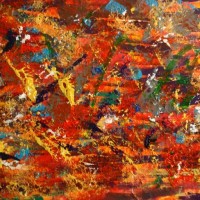 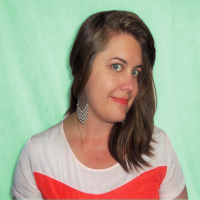 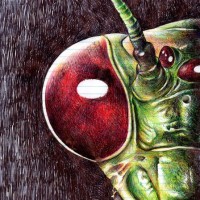